Life Long Impact of One Christmas

In dark times like these, it’s stories of hope that lift our spirits. We’d like to introduce you to Kihci Têpakohp Iskotêw Iskwêw (Emily Henry) a current board member at Archway Community Services. She is a Néhiyaw (Cree) person, originally from Ochapowace Band, Saskatchewan and she shares a personal story of how the compassion of strangers made a lifelong impact at Christmas when she was a child.

Her story is one of hope and how its effects can ripple through time.

The holiday season always brings to mind my father’s dilemma. Growing up in a single-parent home meant we were incredibly poor. Many people on Ochapowace reserve were in a similar financial situation. ‘Poor’ was our normal.  Then, my father’s health failed, and he needed to be closer to a hospital better equipped to deal with his heart condition. So, we moved from our reserve to the city, a change that amplified our level of poverty. It was nearly impossible to stretch my father’s meager income enough to cover the 75% increase in rent and other increased bills.

We were the type of ‘poor’ that made the poorest neighbours in our disadvantaged district appear affluent. Our rented home was a dilapidated 3-story house. The entryway to our home had a large closed-in porch that sloped downwards in one corner. My siblings and I entertained ourselves with the novelty of climbing up and down the stairs, having come from a single-story house. We enjoyed our new adventure –like most poor kids – but we were still aware when times became bad. We knew that we’d have to go without what other kids took for granted… in the really bad times, it meant going without food. 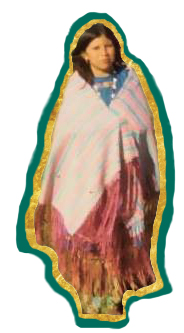 “We knew that we’d have to go without what other kids took for granted… in the really bad times, it meant going without food.”

Even buying the cheapest food, dad struggled having to pay rent and bills as a single parent. The burden of our first Christmas in the city weighed heavily on him: my father was stoic but he always maintained a happy nature. It wasn’t hard to notice that each cheery Christmas decoration put up in the city caused him to become increasingly solemn. He absolutely avoided the subject of Christmas.  We were confused by my father’s silence because we were so excited about Christmas.

It was about two weeks before Christmas when I learned the brutal truth. Being one of the older children, I plucked up the courage to ask him why he didn’t like Christmas anymore. I must have caught him in a moment of weakness because he disclosed to me that we just couldn’t afford Christmas. I was shocked, but mostly I felt sadness settle heavily upon me because I comprehended the pressures that my father was under. That night, I remained awake with restless thoughts: I simply could not understand the concept that Christmas wasn’t free. I was naïve, optimistic, pre-teen, and the truth was that I secretly clung to some faint hope that in fact, Santa really exists.

“(my father) disclosed to me that we just couldn’t afford Christmas.”

As days passed, my father became increasingly somber. I told him not to worry and persuaded him to let me break the news to my younger siblings. Days before Christmas, I finally told my younger siblings about my father’s Christmas dilemma. However, as much as I tried to convince them, they just would not believe me. They reassured me that Santa would come, and that everything would be ok. As much as I tried to remain factual in my own mind, but with their enthusiasm and unwavering belief in Santa, I could not help but hope that they were right.

On December 24th, I went to sleep feeling hopeless and sad. I imagined my little brothers and sisters awakening excited to see what Santa brought them, only to be disappointed. The thought of their sad faces broke my heart and I fell asleep crying. I woke to eerie silence. Normally rambunctious kids, my siblings were completely silent. I slowly descended the stairs… as I suspected, there were no signs of Christmas.

I noticed my little sister on her tippy toes peering intently through the front window into the porch. Suddenly, her face lit up. She ran to the door and threw it wide open. Soon, she was jumping up and down, turning to face me and screaming at the top of her lungs; ‘I told you that he would come!’  Soon, all my siblings were leaping about, hollering in joy. I rushed towards the door and looked out.

To my utter amazement, right there in our run-down porch, Christmas in all its glory had arrived: a beautiful Christmas tree decorated with shiny ornaments and rows of sparkling lights; underneath the tree, what seemed like endless presents wrapped in pretty paper; stockings for each child, stuffed with goodies and Christmas oranges;  boxes and boxes of food – one with a huge turkey! – surrounding the back and sides of the tree.  A vision of the beautiful Christmas feast that we would enjoy filled my mind.  I began crying.  Huge tears of gratitude ran down my face as I wondered, ‘Who did this?  Is Santa real?’ 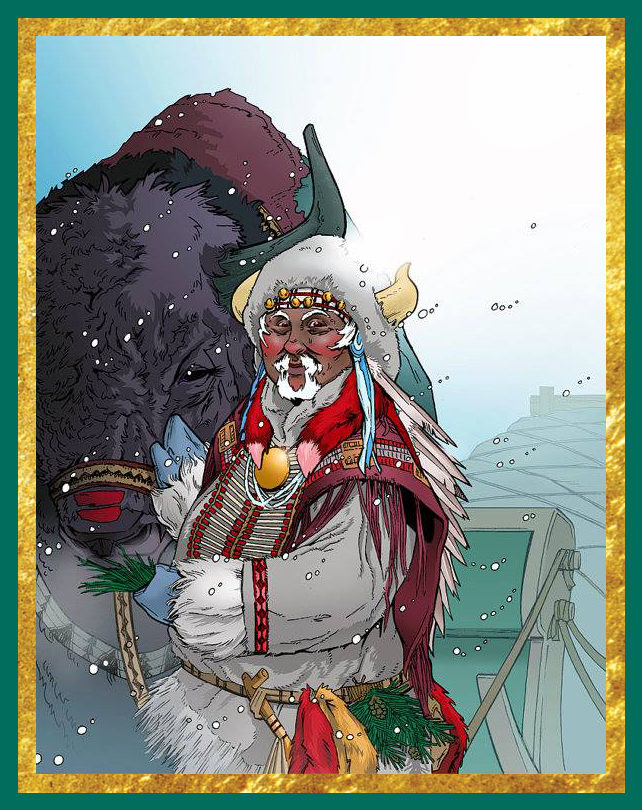 My father stood by silently.  I could see that he was fighting with his emotions.  He watched as we opened our presents. He smiled as each of us ran up to him to show him what Santa gave us. Afterward, we took the hampers into the house.  As my father passed by me carrying one of the boxes, I am sure I heard him sniffling.  Later, when I looked in the cupboards, I could tell that we would have food to eat for weeks.

That year I received knitted slippers, mittens, a scarf, and a pretty pink sweater. I was in bliss! The kids got so many toys! They were so excited to continuously show each other what Santa brought them. They would only pause now and then to say to me, ‘I told you Santa was real.’ I full heartedly agreed, each and every time.

Later that day we ate a meal fit for royalty! That joyous Christmas remained a mystery to me until years later when I realized that we had been selected as a ‘Christmas family’. This meant a group of loving people chose to give unconditionally to strangers. I don’t know if they ever realized just how much joy they brought to us that day.

They made us believe in magic.
They gave the gift of joy to our weary hearts.
They gave hope to the hopeless.

Today as an adult, in part due to that Christmas day, I do my best to pay it forward. That day, the compassion of strangers did more than provide me with knitted loveliness: they wove a message of love into my heart. For me, their lesson will always remain vibrant, ‘the true meaning of Christmas is giving.’ 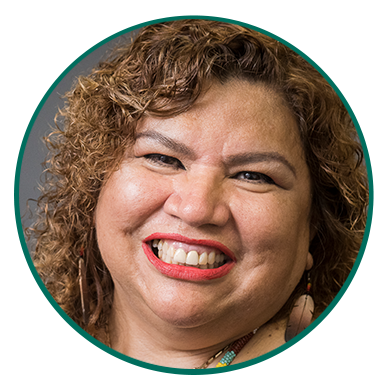