Fifteen years ago, the Dealers of the Fraser Valley Auto Mall decided to organize a large donation to the Archway Food Bank of Abbotsford. The event grew each year and in view of the current circumstances, 2021 has seen huge generosity. On December 22, 2021, in the showroom of MSA Ford, Steve Magown, manager of the Fraser Valley Auto Mall presented a cheque in the amount of $19,000 to Rebecca Thuro and advised that, with last-minute donations, the total amount for 2021 would increase.

Present at the event were Mike McDonald, President of the Fraser Valley Auto Mall Association, Steve Magown, manager of the Automall as well as Rebecca Thuro and Meghan Kellington representing Archway Food Bank of Abbotsford, and Don Barbeau and John Morrow representing the Abbotsford News.

Rebecca shared that the Food Bank was faced with a stretching experience this past year. With the most recent floods, they were seeing the highest number of individuals accessing food at the food bank in the last 10 years (the farthest recorded data). This year they have had over 250 new families access the services who have never accessed services at the local food bank before. Rebecca also indicated that they were prepared to serve over 3,500 people this Christmas, with 40% of them being children. She also shared, “we are seeing record numbers of seniors accessing our services as well. Currently we deliver food to over 170 seniors who are not able to easily leave their home”.

Steve Magown thanks all his amazing Dealers and Save-On Stores for their immense generosity. He added that this year’s donation was on the heels of the Mall’s assistance with the Abbotsford Disaster Rescue Fund. 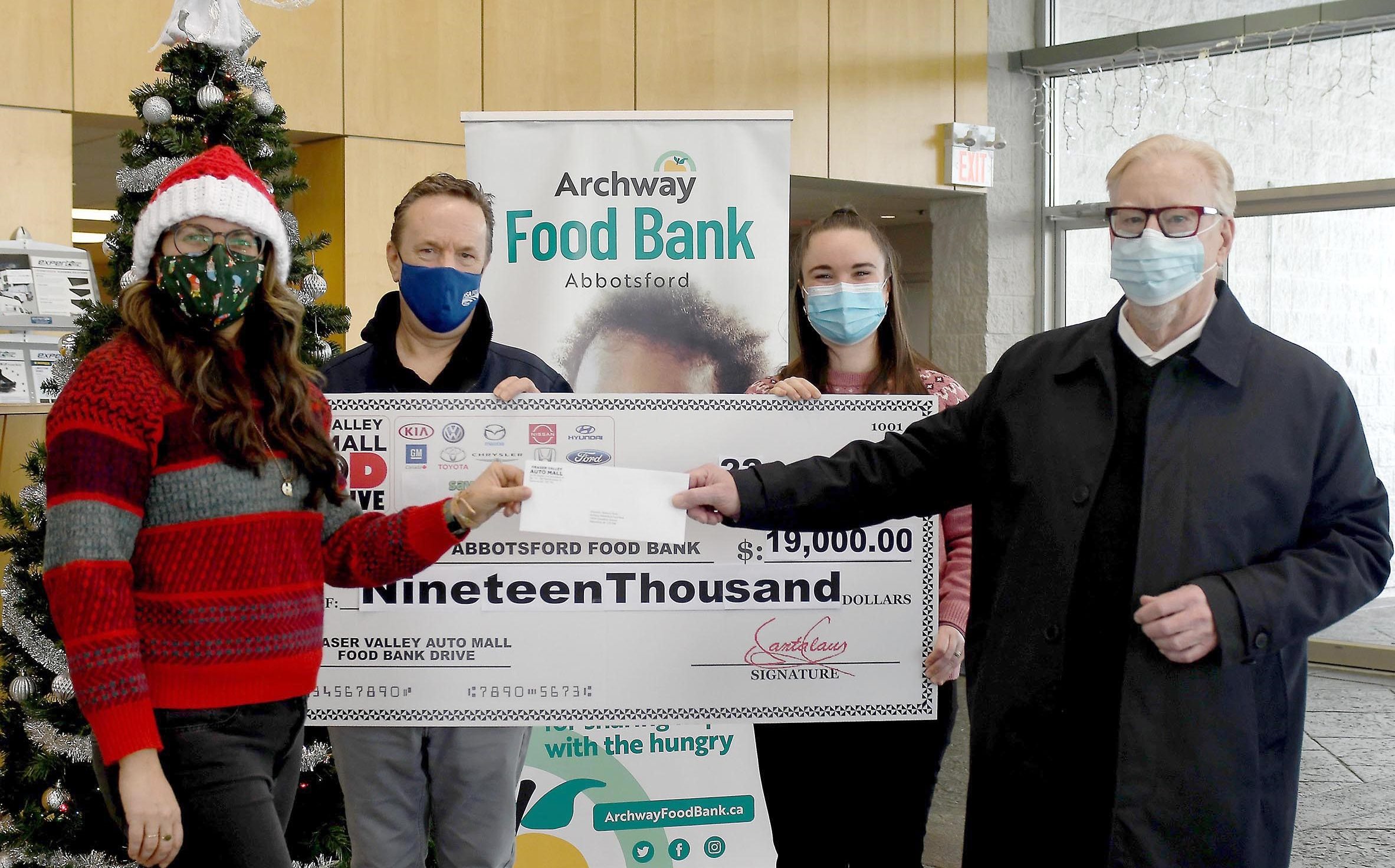