The Peardonville Community Association Society has donated $500,000 from the sale of their hall to the Starfish Pack Program of the Archway Food Bank.

“The main fundraisers and programs were for children. Stemming from the 2nd World War, the neighbourhood women became part of the Women’s Institute whose motto was “no child should ever go hungry” and the Starfish program fits that motto perfectly.”

“Words cannot adequately express how grateful we are for this donation,” said Rod Santiago, the Executive Director of Archway Community Services. “This will do so much to enhance the food the children receive each week, the number of children we can help and live on as an ongoing endowment.”

Starfish has been very busy this year! From providing 500 emergency essential pantry boxes to families in May and June, to doubling the number of participants in our Summer Starfish program. With kids back to school, we’re happy to be launching our regular weekly backpack deliveries. Starfish has never stopped helping more families – now, more than ever before.

Reimagining Summer Starfish Packs presented many challenges as we continue to operate within the guidelines of Stage 3 Reopening. From sourcing volunteers to finding adequate storage and sorting space, many unknowns were met by a positive response from a generous community. We are excited to say that despite the challenges, we have officially launched our third year of our Summer Starfish program! This ensures families can receive help all year long, not just during the school year.

What’s happening to Starfish Pack while schools are closed? Although we have been faced with food shortages, proximity limits and so many unknown factors, thanks to our generous community we have a plan to continue feeding hungry students and families.

The Starfish Pack Program has been buzzing lately, preparing for the new school year’s deliveries to start. It’s crazy to think that less than 10 years ago, Starfish was delivering 6 backpacks to one school in Abbotsford, and now over 1400 children across the province of British Columbia (and Whatcom County, WA) are receiving Starfish backpacks each weekend thanks to hundreds of volunteers and donors.

Big Things are in the Works!

From extending Starfish through the summer, to increasing the amount of children we support, there is a lot going on in the world of Starfish! Whether you are eager to fight poverty, or just want a feel good story, this blog is for you. 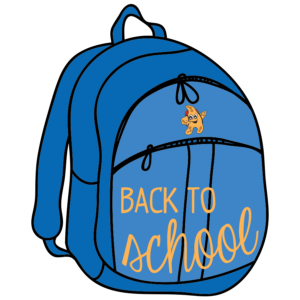 Heading back to school can be a total mix of emotions.

Do you remember heading back to school as a kid?  Do you remember the total mix of emotions that came with it? I certainly do. I remember the anticipation of attending a new class, the excitement of seeing school friends again, and the pride in showing off my first day of school outfit. I even remember the forgotten smell of the early morning air during the crisp walk to school. And while my family didn’t necessarily have the best of everything, I always knew that I was taken care of and that my lunch box was full.

The Starfish Pack Program, a joint project between the Abbotsford Food Bank and the Abbotsford Rotary Club, received its second international recognition over the past weekend.

During the annual Rotary 5050 District Conference, held in Tulalip, WA, the Starfish Pack program was presented with McLean Community Service Award, recognizing it as the most outstanding community service project in the Rotary 5050 District.  Rotary District 5050 covers 58 Rotary clubs located in both British Columbia and Washington State, in communities from Hope BC to Everett, WA.

Starfish Packs provides weekly backpacks containing six meals each weekend to over 260 elementary school students in 22 Abbotsford schools during the school year.  The Program also recently launched its first “Starfish Depot” which will provide food and other resources to school children and their families year round.  In its first two years of operation, the program has brought together over 40 local businesses, service clubs, faith groups and hundreds of individuals to fund and deliver the program.